How's it possible that Sophie Grégoire Trudeau, supposedly diagnosed with #coronavirus, gets the "all clear," while her husband, #JustinTrudeau, who wasn't, hasn't. If I were still a news editor, I'd tell my reporters, "Get to the bottom of this" #WuFlu #SanitaryDictatorship https://t.co/rLGSFio4si

Posted by Will S. on March 28, 2020 in Brave New World Order, Canada, government, survival, The Decline, The Kulturkampf, you can't make this shit up

Empty hospital in Dublin despite the hype

#Coronavirus is having an incredible impact on Emergency Depts in Dublin which seem suspiciously quiet. Another video emerges showing an empty St Vincent’s and an employee who seems uncomfortable discussing #Coronavirus. Why? #CoronaUpdate #CoronaLockdown #LockdownIreland pic.twitter.com/YGaL7mv8Im

Posted by Will S. on March 28, 2020 in "science", Brave New World Order, survival, The Decline, The Kulturkampf, you can't make this shit up

As often he does:

A public crisis like the current panic over the virus is where we see how people operate under pressure. More than a few people, who we thought to be steely-eyed cynics, have been revealed to be hysterical ninnies. Nassim Taleb, who really likes to tell everyone he is a man’s man, has gone so far as to post a one page paper explaining how best to throw your dress over your head and run around shrieking like a girl. He brings to mind this classic scene from the movie Airplane!

This graph gets to something else that has been revealed during this crisis. Those inclined to left-wing politics are more easily frightened than those attracted to more sober minded approaches to public policy. It is something to keep in mind when looking at how our guys have reacted to this crisis. For example, many of the old alt-right people now sound like one of the girls from the Huffington Post. It is a good reminder that there is a left-right axis within dissident politics.

Another thing the pressure of the moment has revealed, something I touch on in the show, is that many of our guys are wholly ignorant of economics. Given that the rejection of the neoliberal economic order is one commonality on this side of the great divide, it is a bit surprising that many of our guys do not have the first clue about how the system actually works. More than a few of our guys have taken to sounding like one of the girls from the Democratic Socialist camp.

Notes On The End Times

The current madness may give us a glimpse of how an actual collapse of civilization would unfold. We have both the threat of the super-virus, real or imaginary, and the threat to the cult of consumerism. The reality of the virus in this case is unimportant, because it is assumed to be real. The same is true of the financial markets. We may not be in an historical collapse, but it is assumed to be a real threat. In effect, this is a live action stress test of the system and the people in charge of it.

The first thing we can observe is the great lock-down started when the nation’s circus performers, went into hiding before anyone. The sports leagues and public entertainment operations were the first to respond. One would think that having them continue the show would make sense, in order to keep spirits up during the lock-down, but that was not the case. In fact, the big streaming services downgraded their service quality at the start of the lock down.

Now, you can make of that all sorts of things, depending upon your temperament, but the one important take-away is that the people in charge are not all that concerned about people getting restless in the lock-down. Despite what we are told, they are not terribly concerned with the circus half of Juvenal’s famous line. They could be mistaken about that, especially as this thing drags on, but for now people seem to be getting along just fine with reduced entertainments in the lock-down.

Of course, the lock-down itself is important. The controlling ethos of the ruling class is unfettered movement, yet in a crisis, their first instinct is to halt all movement. The people who just a few weeks ago were singing the glories of the free flow of people and goods are now threatening to weld our doors shut. When the real end times are upon us, the first clue will be a mandatory lock-down of the population with cops in the streets and a 24-hour curfew, except for approved personnel.

Another thing we can observe in the present situation is how the authorities have started to abandon certain duties. For example, cities have started to throw open their prisons, letting the inmates run free. The argument is they could get the virus if locked up in close quarters. That means the people in charge would rather see them raping and murdering in your neighborhood than possible getting the virus and passing it to one of the bureaucrats operating the jails.

We are also seeing the cops abandon their duties. In Cincinnati, the cops are no longer responding in-person to 911 calls. The stated reason is “to reduce unnecessary contact between officers and the public to reduce the spread of COVID-19.”  Presumably, if you call while being murdered, they will come out to identify your body, but if you call while it is just at the home invasion stage, too bad for you. If you want to get a glimpse of what the breakdown of society will be like, think about this.

Some people in dissident circles like to mock the paleocons, but the one thing the paleos got right before everyone else is anarcho-tyranny. Not only do we see this in our daily life in normal times, but it is in bold relief in this crisis. The first instinct of the people in charge is to “tyrannically or oppressively regulate citizens’ lives yet is unable to enforce fundamental protective law.” This is a crucial insight into the managerial system, but also how that system meets its demise.

That’s probably the way in which the great longed for collapse transpires. It will not be a great sudden end that results in chaos. It will not be a supernatural end that suddenly flings us into a post-apocalyptic world. Instead, it will be the slow withdraw of authority, along with the growth of a banal sort of tyranny. It is more cops hassling innocent people for no reason and fewer cops chasing actual bad guys. In time, new social systems evolve to fill in those gaps and provide local order.

The model to keep in mind is probably something like post-Rome Spain. Once the Roman authority collapsed, various barbarian rulers tried to fill the void, with varying degrees of failure. Eventually, local authority filled the gaps, providing order and protection for the people. In time, the Roman villa system became what we think of as feudalism throughout Europe. As the American empire fades, a similar sort of process will evolve. The end will be a whimper, rather than a bang.

A British epidemiologist who earlier predicted the U.K. could suffer up to 500,000 coronavirus deaths has now testified the actual figure may be less than 20,000 and that the U.K. should have sufficient intensive care units to handle it.

Neil Ferguson, who is at Imperial College London and who has now contracted COVID-19 himself, made the startling turnaround in parliamentary testimony Wednesday, according to multiple reports. All of his statistics are derived from computer modeling.

While the National Health Service’s ICU needs will be pushed to the limit in various hot spots, nationwide the nation should be able to cope with the emergency, which he expects will peak in the next two to three weeks, he said.

So, why should we listen to epidemiologists, if their reliability and credibility are so poor?

Posted by Will S. on March 26, 2020 in "science", survival, The Decline, The Kulturkampf, you can't make this shit up

Just as, I assume, they did in 1976, when epidemiologists warned of another 1918 Spanish flu pandemic after a few young Army recruits died of swine flu at Fort Dix in New Jersey. Eight months later, the federal government launched a mandatory swine flu vaccination program.

About a quarter of the country was vaccinated before the program was abruptly shut down. No pandemic had materialized. The virus infected a few people, then vanished. But directly as a result of receiving the vaccine, dozens of Americans died and several hundred acquired Guillain-Barre syndrome.

The scientists also disagreed in the 1980s, when the media and government went into overdrive to scare us all about AIDS. (1985 Life magazine cover: “NOW, NO ONE IS SAFE FROM AIDS.”)

Surgeon General C. Everett Koop — as revered by the media then as Anthony Fauci is today — lied about the disease, insisting that “[h]eterosexual persons are increasingly at risk.”

Speaking of which, here’s liberal sex symbol Fauci on AIDS back in 1983, when he was with the National Institute of Allergy and Infectious Diseases, but not yet its director: “As the months go by, we see more and more groups. AIDS is creeping out of well-defined epidemiological confines.” (It didn’t.)

In 1987, Fauci warned that French kissing might transmit the AIDS virus, saying, “Health officials have to presume that it is possible to transmit the virus by exchange of saliva in deep kissing. That presumption is made to be extra safe.”

By 1992, after a decade-long epidemic with more than a million infections, the Centers for Disease Control could find only 2,391 cases of AIDS transmission by white heterosexuals — and that included hemophiliacs and blood transfusion patients. (“White” because AIDS cases among Haitian and African immigrants had a variety of causes.)

But teenagers and sorority girls had to spend years being frightened of kissing lest they catch the AIDS virus, just as today they’re afraid of leaving their homes to avoid a virus that, in Italy, has killed no one under 30 years old and precious few under 50.

We have to be “extra safe.”

Both the No French Kissing rule and Quarantine Everybody rule are perfectly rational positions for an epidemiologist to take. That’s why we need to listen to people other than epidemiologists.

Playwright Arthur Miller once told a story about a geologist who remarked that life was possible even in the vast American desert. All you needed was water, he said, and the largest reservoir on the globe was located right under the Rockies.

But how would he get it?

But what about the fallout?

Today, the epidemiologists are prepared to nuke the entire American economy to kill a virus.

What about the jobs, the suicides, the heart attacks, the lost careers, the destruction of America’s wealth?

Oh, that’s not my field.

Posted by Will S. on March 26, 2020 in "science", America, Brave New World Order, government, survival, The Decline, The Kulturkampf, you can't make this shit up

Another victim after Czech pic.twitter.com/0fQYMWM81m 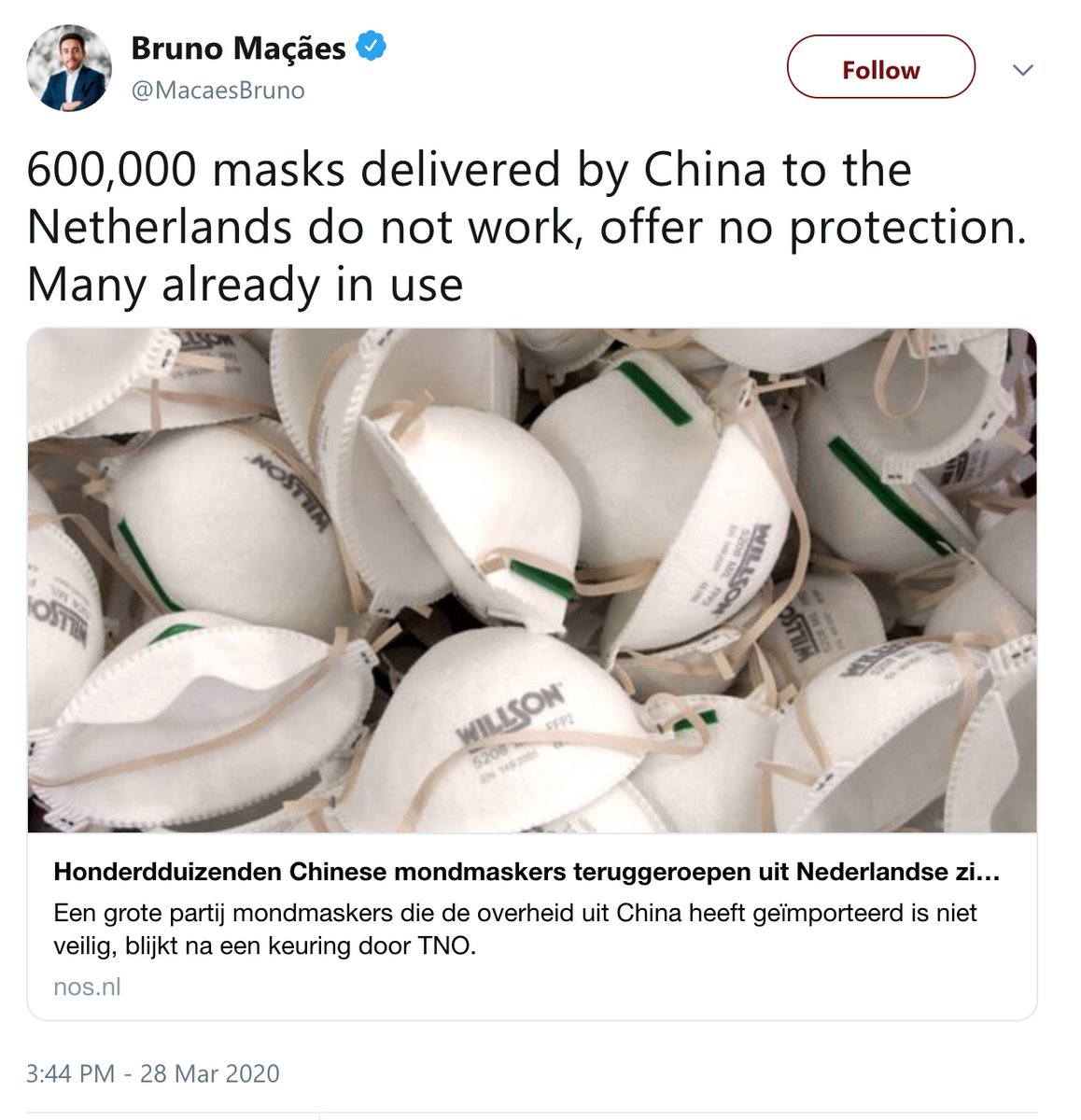 Posted by Will S. on March 26, 2020 in "science", Brave New World Order, business, government, survival, technology, The Decline, The Kulturkampf

This is a must-read article. The #SanitationDictatorship will lead not only to the destruction of the economy but also to more deaths #WuFlu #Coronavirushttps://t.co/bmHwH8Ca7B

Posted by Will S. on March 25, 2020 in Brave New World Order, government, law, nanny / police state, survival, The Decline, The Kulturkampf, you can't make this shit up