DOE Secretary Betsy DeVos took aggressive action days ago after Princeton University President Christopher Eisgruber sent out an open letter to “the Princeton community” stating that “racism and the damage it does to people of color persist at Princeton” and that “racist assumptions” are “embedded in structures of the University itself.”

From the DOE to Mr. Eisgruber: 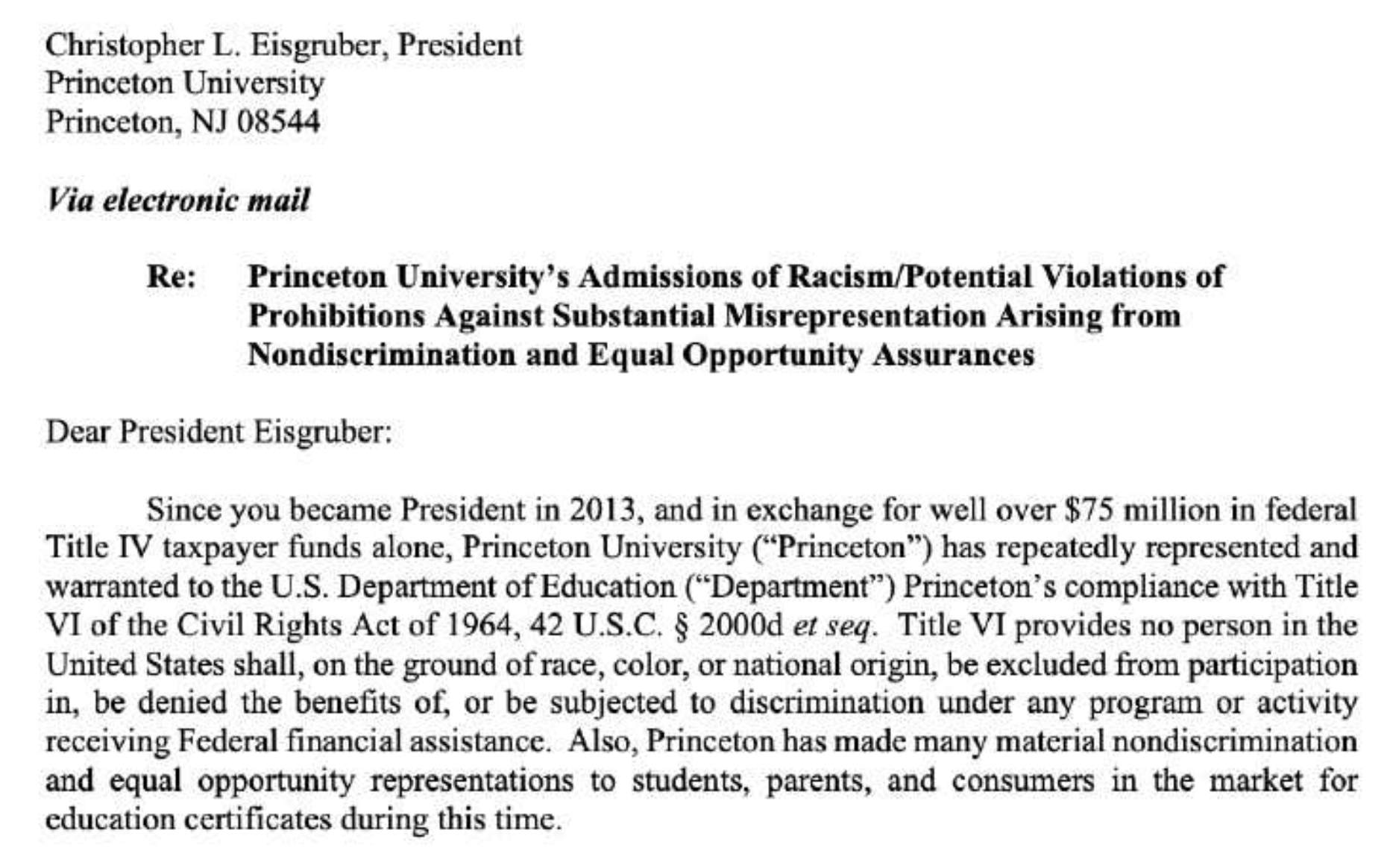 Okay, it being the case that Princeton officially claims to be a “racist” institution, the DOE has opened an investigation into Title VI violations under US Civil Rights law so as to recover the $75-million in federal funding Princeton has received since Mr. Eisgruber became president of the institution in 2013. Seems fair, dontcha think? The DOE has required Princeton to produce electronic records of every conceivable type — memoranda, emails, calendars, text messages, telephone logs, you name it — in order to determine whether Princeton has made false representation of its compliance with civil rights law — that is, if it is actually racist as its leadership claims it to be.

Princeton is given 21 “calendar days” (includes weekends) to comply. That ought to keep Mr. Eisgruber’s subalterns in the Office of Diversity and Inclusion quite busy in the weeks ahead, a monumental Chinese fire drill that can only end badly for the university. Either they have to come up with proof that Mr. Eisgruber’s asseverations are true — that Princeton is indeed, and has been for a long time, a racist school — or that Mr. Eisgruber and his administrative colleagues have constructed a false narrative to please and mollify the “social justice” mob among its own faculty and student body. In the first case, they are strictly evil; in the second, they are lying cowards. In either case, Mr. Eisgruber must resign, and several vice-presidents and deans along with him. Notify the Princeton board of trustees.

Posted by Will S. on September 18, 2020 in America, Fuck Yeah!, good news, government, The Kulturkampf, you can't make this shit up

18 responses to “Calling their bluff”